Yesterday, the Public Service Commission (PSC) held what will most likely be the final hearing for the route of the Minnkota power line from Center, ND to Grand Forks, ND. 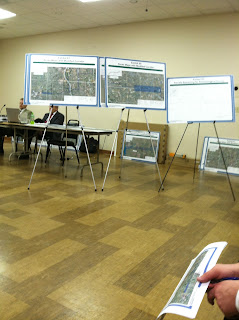 The meeting room was full, and Chad estimated that there were about eight landowners who testified. From here, the PSC will either approve or deny the route proposed by Minnkota, but it is likely it will be approved. The conversation will then be about compensation for the land and if Minnkota has the right to exercise eminent domain in obtaining land along the route.
Posted by Weckerly Farms at 7:56 PM